In researching the 480 known students of the Morristown Sewing School, historical records are often plentiful. Insight into who they were as people, however, is scarce. Very few personalities shine through in birth, death, or census records. Perhaps the best, and certainly the most fun, opportunity to catch glimpses of who these young ladies were beyond the standard ‘just-the-facts-ma’am” official records is local newspaper the Morris County Chronicle. Sometimes humdrum, sometimes TMI, but often hilarious, the stories in its pages bring the people it reported on to life.

First published in 1877, the paper detailed daytrips to Lake Hopatcong, local weddings, parties, deaths, accidents, property sales, graduations, and everything in between. Almost every edition between 1898 and 1914, when many of the sewing school students were in the prime of their lives, is indexed online through the Library of Congress. Thus, with its help, students who fell off the face of the Earth can be located, life stories fleshed out, and familial relationships established.

One of the easiest ways to lose the trail of a woman in the historical record is when she marries. Reports on weddings can be the only thing tying Miss Maiden Name to Mrs. Married Name. Such was the case for Edythe Mae Arnold who disappeared from records in 1914. Fortuitously, however, her wedding was front page news in the Chronicle that September when she married another former resident of Morristown. The story notes the members of her wedding party, song sung during the ceremony, and small reception at her home – all details that other public records would never preserve.

Another vanishing, this time in real life, was frantically announced by the Chronicle in February 1912. One of the students’ husbands (and a former Chronicle employee) had not been seen since closing up his store on the day after Christmas. No follow-up ever came, yet official records showed no signs he was ever even missing. So, what happened?! Perhaps too embarrassed to print the truth when it came to light, it was instead a Newark paper that spilled the beans. He had run off with another (married) woman and upon being caught, was charged with adultery. In yet another twist, his poor wife, who had been running the store in his absence, pleaded his case in court. They remained married, had one daughter (Una), and later moved to California where they died in the 1950s. Without those articles, there would be no indication that anything so dramatic had ever happened in either of their lives.

The Chronicle is full of many more stories of everyday joys and heartbreaking tragedy. From the student who was awarded for perfect attendance to the student’s mother who one by one lost her husband and all five of her children to the student who spent two years traveling the world to another who married a “trouble-hunter in the employ of the New York Telephone Co,” who they were is so much more than their names, dates, and home addresses. Thanks to the Morris County Chronicle, we can see that for ourselves, at least a little bit.

Morris County Chronicle at the Library of Congress:
https://chroniclingamerica.loc.gov/lccn/sn85035816/ 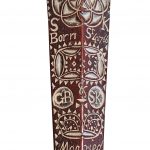 An Heirloom Close to the Heart 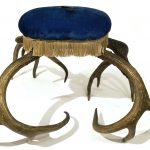