When 45 teacher’s books from the Morristown Sewing School were donated to MCHS in 2018, they opened a window into a previously unknown facet of local history. Although the school taught over 500 young girls practical sewing skills such as hemming, darning, and dressmaking throughout the 1880s, all record of it would have been lost if not for the books, two brief mentions in the local paper, and a single short report to the state board of education from 1890. Fortuitously, the books contain details that are tailor-made for sleuthing, and most of what is known about the school, its students, and teachers is what can be gleaned from their pages. As such, they offer a fascinating cross-section of two very distinct strata of Morristown society and the differing rhythms of their lives.

In a stroke of luck, each teacher’s book lists not only the students’ names, but also the street they lived on. Thus, with very few exceptions, students from the school’s early years can be confidently located in the 1880 US Census, providing a wealth of information including their parents’ and siblings’ names, ages, occupations, and place of birth (students from later years typically appear in the 1885 NJ State Census, but it contains far less detail). Clear patterns have emerged. Overwhelmingly the daughters of tradesmen (butchers, carpenters, blacksmiths, bakers), students were typically born to a large family in Morristown. With few exceptions, they lived within easy walking distance of the Green and the nearby Maple Avenue School where classes were held on Saturdays. They were also incredibly likely to live their entire lives in Morristown or its vicinity. Necessity required few of their mothers to work, and only a fraction of the students ever held an occupation. The majority also had parents and grandparents – both black and white – born in New Jersey, although a significant minority had parents who hailed from Ireland, England, Germany, and beyond.

Largely prominent, affluent women who volunteered their time, there would be no mistaking teachers’ lives for their students’. They were the wives and daughters of senators, congressmen, merchants, lawyers, and Navy officers. Many, such as Mrs. H.W. Miller and Mrs. L. N. Hitchcock of the Macculloch-Miller family, Mrs. A. Erdman, and Mrs. F. G. Burnham, were active in their community both through their church and organizations like the Female Charitable Society. Unlike their students, nearly half the teachers were born in metropolises such as New York City, Boston, or Philadelphia. They moved to Morristown between the 1860s and 1880s, lived on or near either Macculloch or Madison Avenues, had two or three servants according to the census, and were as likely to be buried in Brooklyn’s Green-Wood Cemetery as Morristown’s Evergreen Cemetery.

Records from the Morristown Sewing School represent a critical resource to telling the story of over 500 local young girls’ and society ladies’ lives. While research is still ongoing, MCHS hopes that information gathered will help to further deepen our understanding of this little known, but incredibly significant aspect of Morristown’s 19th-century cultural history. 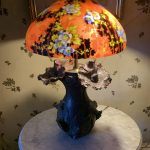 A Lamp of Art 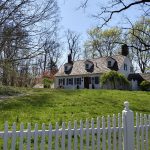