After the last Crane child had “flown” around 1885, Augustus and Mary Crane found themselves empty-nesters at Acorn Hall. Soon after, they began wintering with their sons in Washington DC, annually spending so much of their year in the nation’s capital as to have a listing in the city’s directory beginning in 1888. *However, without fail, the return of warm weather saw them “taking flight” back to their Morristown home. Thanks to local newspaper, the Morris County Chronicle, it is possible to trace their annual migration to and from the “family homestead.”

Published from 1877 to 1915, the Morris County Chronicle could often be relied upon to capture the movements of Morristown residents in minute detail. From its pages come reports of the Cranes departure from Morristown in the fall and their happy return in the late spring or summer. In the Chronicle’s characteristic way, the May 18, 1900 edition took notice of their arrival, commenting “Mr. and Mrs. Crane have returned from Washington and are at their handsome estate on Morris Avenue, which by the way has been greatly improved during the past few weeks.” Typically opting to stay with their elder son, Augustus Jr., all three of their surviving children made regular pilgrimages to Morristown while their parents were in summer residence.

Following Mr. Crane’s death in 1906, Mrs. Crane continued to travel their usual circuit, splitting her time between Washington D.C. and Acorn Hall with stops at daughter Julia’s NYC abode. Both children continued the tradition. Preferring to summer, and, ultimately, retire permanently to their childhood home, the Cranes once again landed at Acorn Hall. 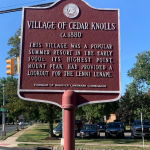 Finding a Johnston in a NYC Haystack 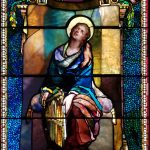