Who Were the Cranes: Gus Leads, Ben Follows

Although the Crane’s younger children, Augustus Jr. and Benjamin, inherited Acorn Hall alongside their sister Julia, very little trace of them remains. Often eclipsed by both Mary and Julia, what we know of them comes from sources outside our archives, a few letters, their father’s will, and a handful of books they owned. However, like their sisters, two very different personalities shine through the sparse historical record. 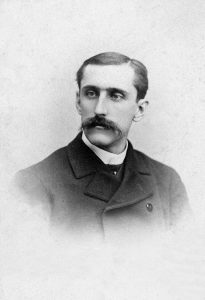 Third child and eldest Crane son, Augustus Jr., nicknamed “Gus” by friends and family, was five or six years old when the family relocated to Morristown. As a teenager he attended Highland Military Academy in Worchester, MA and later moved to Washington, DC where he would live much of his life. There he became a successful banker and in 1884 co-founded the private banking firm Crane, Parris, & Co. He rubbed elbows with some very important people in the capital and served on the floor committee for the inaugurations of Grover Cleveland in 1885 and William Taft in 1909. A 1907 profile of him in a Washington newspaper reported that “Mr. Crane is fond of apples, prefers Key West cigars, owns a dog…” Not long after his arrival there, his parents began to spend winters with him each year until their deaths. Later in life he spent more and more time at the Hall, with local newspapers reporting in 1912 that he was “spending considerable time autoing through the hill section of New Jersey.” He never married, and permanently retired to his childhood home in 1925 where he lived with his sister, Julia, until his death in 1932. 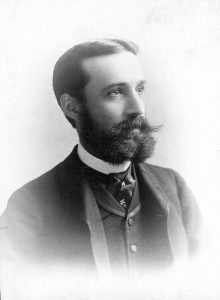 Youngest son Benjamin was only three or four when his family moved to Morristown. Adorably, his childhood elementary readers are complete with monster doodles and notated “Bennie Crane, Bennie Crane, care of his father, Morristown, N.J.” He appears to have shared his father’s love of art as an early draft of Augustus’s will left the majority of his art collection to Benjamin. He was also interested in French and, on at least one occasion, wrote a letter to his sister Mary that was “the funniest mixture of French and English you ever saw.” A few years after his elder brother, Gus, moved to Washington, D.C., Benjamin followed. He briefly lived with his brother and not long after began to work as a cashier in Gus’s firm, Crane, Parris & Co. He continued as confidential clerk at the firm for the next 34 years. Around 1890, Benjamin married Nellie Silverthorne Teel and lived with her family throughout their marriage. In 1917, he launched his own unsuccessful banking firm, but died at the Hall the following year, mere months after his wife’s death.