Today, and for the past 50 years, Acorn Hall has been the headquarters of MCHS, but for 114 years prior, it was the home of the Crane-Hone family. Populated by multiple Augustus and Marys (seriously, when in doubt go with one of those names, and you’ll probably be fine), the four generations of the Crane-Hone family are nonetheless full of unique personalities and wildly different life histories. But who were they exactly? Other than rather well-off 19th-century Morristonians with a noteworthy home? Let us introduce you, starting with the first generation. 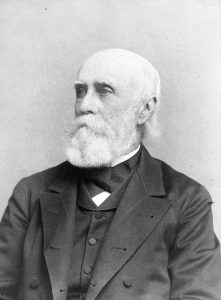 Patriarch of the Crane family of Acorn Hall, retired New York City merchant, and father of four, Augustus bought the home from Dr. John P. Schermerhorn in 1857. By 1860, he had significantly enlarged the Georgian foursquare and metamorphosized it into an Italianate-style residence reminiscent of his elder brother’s city home. Fond of art and carriages, he collected both as can be seen in his surviving checkbook and estate records. Both also reveal his generosity, as he assisted his widowed neighbor, Mrs. Lindsley, in the purchase of groceries and paying of taxes and left nearly a year’s salary to his gardener in his will. An active member and supporter of Church of the Redeemer from his earliest years at the Hall, he was also vice-president of First National Bank in Morristown in the 1880s. Obituaries reporting on his death in 1906 pointedly refer to him as a kind man stating he was “a gentleman of the old school, always courteous in his manners, thoughtful of the interests of others and in every way endeavored to make the world better for having lived in it.” 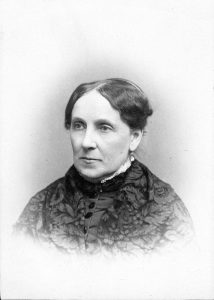 Matriarch of the Crane family, Mary was from the prominent Bolles family of Newark. She married Augustus Crane in March 1848 and had four children in the following six years: Mary, Julia, Augustus Jr., and Benjamin. As might be expected of a woman of her status, she frequented Manhattan’s Arnold Constable & Co. department store once or twice a month, and a seems to have preferred a prominent jeweler on Maiden Lane near her husband’s old place of business. The premature death of her eldest daughter, Mary, was a devastating blow. Nearly a decade later, she and Augustus commissioned a remarkable memorial window in Mary’s honor that was installed at Church of the Redeemer in 1886. Around the same time, she and Augustus also began spending their winters in Washington, DC with her eldest son, Augustus Jr. She continued to do so following her husband’s death, and also spent a few months a year with her surviving daughter, Julia Crane Corning, in NYC, but returned to the Hall for each summer until her own death on Christmas Day in 1913. 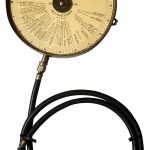