King Kahn and His Royal Court

Among the estates dotting the Morris County landscape in the late 19th and early 20th century, “King of New York” Otto Kahn’s Cedar Court in Morristown matched its contemporaries in opulence. Built between 1895 and 1898 by Frick mansion architects, Carrère & Hastings, the 1,100 acre park was originally designed by Kahn’s father-in-law to include two identical mansions (one for each daughter), a golf course, private lake and 40-acre deer park. However, more than a demonstration of his status, Otto Kahn used Cedar Court as a place to celebrate and immerse friends and family in arts and culture.

From the exterior details his home to the pieces housed within it, Kahn’s put the visual and fine arts from around the world on full display for his guests to enjoy. He hired Morristown-based landscaping firm, Brinley and Holbrook to update the grounds from 1903-1905. Recently returned from abroad, Holbrook had familiarized himself with European and Middle Eastern designs. Traveling along just one of the private roadways on the estate, visitors observed the home’s Japanese-inspired gardens. Continuing inside the white plaster walls of the Italianate mansion, Otto Kahn’s enthusiasm for fine art was expressed through his private collection, which he actively expanded during his tenure at Cedar Court. Featuring pieces by renowned Dutch artists Frans Hals and Rembrandt, his collection proved to be among the best in the county – and nation.

Seeking to expose the next generation to the arts he valued, Kahn brought the entertainment and interactivity offered by the performing arts into his home. Hosting a children’s party at his Morristown country estate, Kahn arranged for the Ben Greet Players to put on a show. While the youths reclined on the manicured grass, the well-known English group acted out Shakespeare’s words. He also introduced his children, and by extension their young companions, to other genres including the opera and ballet. Upon his daughter Maud Kahn’s debut, Otto Kahn enlisted the talents of opera singer Enrico Caruso, prima ballerina Anna Pavlova, and actress Yvette Guilbert, who performed a dramatic reading for those in attendance.

Though opening the doors of Cedar Court to artists, Otto Kahn did not receive the same acceptance into the Morristown millionaire’s club. Thus, after a fire destroyed the mansion’s east wing, Kahn and his family moved to a newly constructed- and notably fireproofed- palatial estate, Oheka, on the north shore of Long Island in 1920. The uninhabited Cedar Court was razed in 1937, its memory endured through the arts its owner valued and shared. 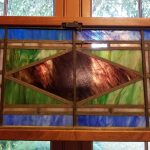 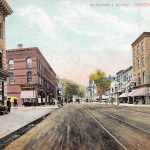