When it was built in 1903, Alnwick Hall, the commanding home of General Edward P. Meany of the American Bell Telephone Company, was nothing new. In fact, the estate was influenced by and named after 800-year-old Alnwick Castle in England. General Meany was also far from alone in his imitation of European palaces and medieval castles. Rather, a growing trend among Morristown’s Gilded Age millionaires was mansions inspired by the country estates of European aristocracy. Ancient in style, but brimming with the modern amenities available to America’s newly wealthy, General Meany’s home was a blend of the old and new.

Taking inspiration from its namesake, the yellow brick, stone and steel-built mansion boasted turrets and battlemented towers reminiscent of the medieval period that transported guests to Alnwick Hall back in time. The atmosphere continued indoors, as well, where the entrance hall stood two stories in height and included 12-foot tall Gothic oak wainscoting. Brocaded tapestries woven in Europe and 16th-century armor adorned the grand space. Further nodding to the European aristocratic past, the Meany’s had their gold-edged menus written in French, the long-standing language of nobility, and drawing rooms in the style of King Louis XVI.

Beyond its style, little else was medieval at Alnwick Hall, as the Meanys incorporated every modern comfort available to the early 20th century millionaire. Beginning in the entryway, guests of the family’s fabled parties felt as though the moonlight followed them indoors as a result of concealed cornice lighting. A central heating system and individual electric heaters kept visitors warm during the busy social periods of spring and fall, while the built in piping for a vacuum cleaning system ensured that each room was ready for the next gathering. The latest technology could also be found in less traveled spaces, such as the seven bathrooms where steam-heating pipes acted as towel racks and the laundry wing which included an electric washing machine.

By the late 1920s, as with the days of castles and nobles of yore, the era of the Morristown millionaires and their palatial estates came to a close. Following the death of his wife, Rosalie, General Meany sold their mansion, touching off a series of sales that the estate was involved in over the next decades, ending most recently with the purchase by Restoration Hardware for their next Design Gallery. Thus, Alnwick Hall, a fixture in the community, will continue to bring the past and present together. 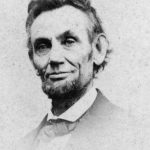 The Legacy of Geraldine Rockefeller Dodge 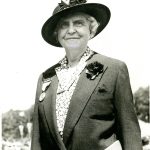