Almost 100 years after General Washington crossed the threshold of Beverwyck (see A Tale of Two Beverwycks), a new family entered the mansion: the Condit family. Purchasing the home from descendants of Lucas van Beverhoudt in the 1850s, the Condits created a home at the Parsippany-Troy Hills estate that was continuously occupied by at least one of its members for over a century. During that time, as Beverwyck passed from one generation to the next, the Condits retained the character and roots of the revolutionary-era home.

On April 1, 1856, John Ogden Condit began the family’s residency at the historic estate, when he acquired about 330 acres of the once 2,000-acre property from Ann Bibby, granddaughter of Mr. van Beverhoudt. Although a tanner and currier by trade, he turned to farming. No longer the prominent agricultural property it had been during the time of its first inhabitants, Condit’s Beverwyck nevertheless retained this aspect of its past which also continued to the next generation. Upon John Ogden Smith’s death in 1866, Beverwyck passed to his son, Benjamin Smith Condit, in his will. Often referred to as B.S. Condit, he too was a farmer on his family’s property. Concerned with such matters as quick-acting fertilizer and the best location for strawberries in his journal now in MCHS archives, B.S. Condit maintained Beverwyck’s agricultural days of yore.

By 1903, the property was once again willed from father to son, coming under the ownership of Charles DeHart Condit. Keeping in line with the lands’ history, he operated a dairy farm, known as Beverwyck Farm, which boasted pure-bred Holstein-Friesian cattle. Nine years later, Charles became a member of the Holstein-Friesian Association of America, and Condit’s cow, known as “Beverwyck Cicely Segis” was even accepted for registry in the Holstein-Friesian Herd-Book in 1922.

After her father’s death in 1947, Florence Bates Condit and her step-mother Susan DeCamp Condit inherited Beverwyck, becoming the final family members to call it home. Aware of the estate’s historical significance, Florence Bates Condit actively sought to preserve it, by both conducting research into the original owners of the property and donating items related to it to different organizations. Her efforts to maintain this piece of both the nation and Morris County’s past was nowhere more evident than in her decision to will Beverwyck to the Morris County Historical Society after her death in 1963. With this decision, studies of the grounds and 18th century home were conducted which proved invaluable, especially after a 1971 fire destroyed the structure.  Though gone, the Beverwyck estate, with the centuries-long help of the Condits, is far from forgotten. 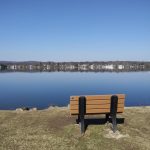 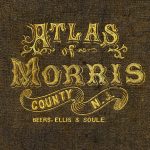