Who Were the Hones: The Engineer & the Southern Belle

Upon taking ownership following the death of his maternal aunt, Julia Crane Corning, in 1935, Augustus Crane Hone and his wife Alice spearheaded the only significant moderization of Acorn Hall. The Hones added electricity, a whole-home steam heat system, modern first floor kitchen (it had previously been in the basement), and comprehensive indoor plumbing – investing as much into the home as it was worth. However, they were scrupulous in maintaining its character by electrifying oil lamps, installing replica gas lamp chandeliers and wall sconces, and being mindful of the number of electric features throughout. Their updates allowed them to live comfortably and for MCHS to receive from their daughter, Mary, a uniquely preserved 19th-century home. 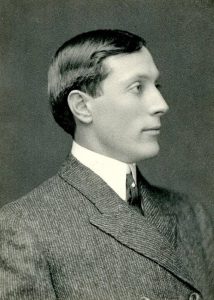 The youngest son of John Hone IV and Mary Ellen Crane (see Who Were the Cranes), Augustus was born in Morristown in 1874, likely at Rest Harrow, his parents’ recently completed home across from Acorn Hall. Following his mother’s tragic death in 1876, he lived for a time with his grandparents before his father remarried and moved the family to Red Bank. Augustus attended St. Luke’s Boarding School in PA and then Rensselaer Polytechnic Institute alongside his elder brother Frederic. After, he began work with the railroad in Louisville, KY, rising to General Manager of Louisville & Atlantic Railroad in 1903. That same year, Augustus was also awarded a patent for a train car coupler and married Southern belle Alice Castleman. Their only daughter, Mary Crane Hone, was born a year later, and he soon went to work with Alice’s family in insurance. In 1912, the family moved to Rye, NY. After briefly working for Frederic as a civil engineer, he continued to work as a consulting engineer until his retirement from the business in the late 1920s. Sadly, when he inherited Acorn Hall and moved to Morristown in 1935, he was already ill with a heart condition. An elevator was installed in the front hall for his use, but his tenure at the Hall was brief. He died four years later in 1939. 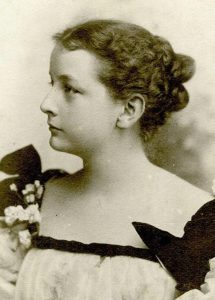 Alice was the youngest daughter of renowned equestrian Brigadier General John Breckinridge Castleman. A noted beauty, she made an enormous splash on two visits to NYC as a young woman. The first, a horse show in 1895, saw her in her element, but it was the second, the grand Charity Ball, that made her national news. At the illustrious social event, John Jacob Astor named her the belle of the ball, and the story was printed in papers across the country for over a year afterward. It was reported that she was “a creature of beauty, grace, and symmetry… a good dancer, an accomplished musician, and a fearless rider and driver.” Alice made news again in 1903 when she married Augustus Crane Hone of the Hones of New York. They lived for a time with her family in Louisville before moving to Rye, NY. Soon after their arrival in New York, their only daughter, Mary, was sent to the acclaimed boarding school Rosemary Hall in nearby Greenwich, CT. Upon her graduation in 1921, the young Mary set her eyes on becoming an actress and Alice served as her manager. Alice steadfastly insisted to the media that her daughter would not enter the lowly movie industry, and instead mother and daughter sailed to England where Mary studied for a year at the Royal Academy of Dramatic Arts. They then returned to NYC, where Mary enjoyed a 15-year Broadway career. When Alice died in 1949, Mary inherited the Hall, becoming the last family resident before she donated her ancestral home to MCHS in 1971. 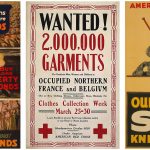 Morris County Did Its Bit 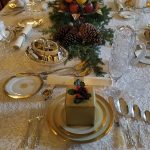