This One’s Fore the Girls

Near the end of the 19th century, the name of the game was golf and the ladies of Morris County were playing. Recognizing the popularity of the sport, some of the wealthiest women in Morristown teed up the idea of creating a local course to be known as the Morris County Golf Club. Turning into an almost overnight success, the Club, initially managed by and for women, became a nationally recognized site and locally significant institution that has endured to the present day.

In April 1894, twelve of local society’s most prominent ladies laid the foundation for the first female-operated golf club in the country. With Cornelia Howland as its first president and Florence Vanderbilt Twombly as vice president, the group leased 60 acres from John D. Canfield for a five-year contract with the option to purchase and began construction of a sweeping clubhouse. As the initial seven-hole course took shape, its founders sent blue, embossed stationary welcoming over 230 women who had applied for either regular (managing) or limited (non-managing) memberships. Along with complementary offers for local clergy, a few hundred men were allowed as associate members- although most were relatives of the Club ladies who thought the gentlemen might be useful caddies. However, as the push to incorporate grew, male members increasingly occupied leadership roles.

By 1895, the Morris County Golf Club attracted national attention. On its expanded 18-hole course, the young organization hosted inter-club tournaments for local men’s and women’s teams, with its debut competition thought to be the first in the country held for female golfers. Taking note, the United States Golf Association (USGA) elected the Club as an associate member and selected it to be the site of several major USGA events, including the second-ever Women’s Amateur Championship in 1896. There, the Championship’s victor, Beatrix Hoyt, became the first recipient of the famed Robert Cox Trophy and the Morris County links gained further recognition. Within the next few years, the Club hosted the Men’s Amateur Championship (1898) and helped establish the New Jersey State Golf Association (1900). 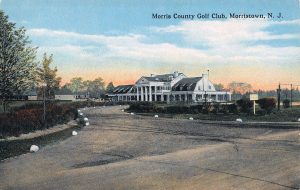 Perhaps its most important achievement, the Morris County Golf Club cemented its name as a local institution. Although its membership was largely comprised of society’s upper echelons, the Club fostered a community both on and off the links. Following devastating fires in the early 20th century, the clubhouse was rebuilt twice, demonstrating both its importance as an irreplaceable gathering place and the Club’s deep roots in the area. As its legacy continues today, the plan putted into action by a group of Morris County women proved to be a hole-in-one. 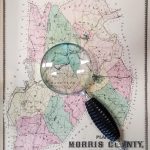 Morris County’s “City Upon a Hill” 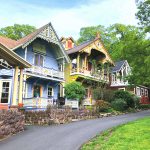