By 1863, Mr. and Mrs. Crane of Acorn Hall had settled into life in Morristown relocating from New York City a few years prior. However, they never quite severed their connections with their old home, apparently preferring the prestige offered by New York City establishments, merchants, and professionals, especially when it concerned the upbringing of their two daughters, Mary and Julia. Chronicled within the single surviving Crane checkbook, spanning from May 1863 to February 1867, are the family’s expenditures during the girl’s formative years including tutors, large purchases at one of Manhattan’s preeminent department stores, and long stays in the city leading up to the 1867 ball suspected to be Mary’s societal debut.

As might be expected of woman of her stature, Mrs. Crane, born Mary Elizabeth Bolles of the prominent Newark Bolles family, was in the habit of taking monthly trips into the city armed with between $50 and $100 (approximately $860-$1700 today) to lavish on her department store of choice, Arnold Constable and Co., then on Canal Street. However, in the autumn of 1866, as the ball approached, Mrs. Crane visited Arnold Constable an unprecedented seven times armed with $100-200 for each of the excursions (approximately $1,700-$3,400 today). 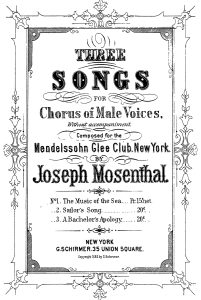 Early that December, the family descended upon the home of a relative on 15th Street in Manhattan for at least 3 months (December 5, 1866-March 5, 1867). In the years prior the girls had received piano lessons from NYC musician Joseph Mosenthal and dance lessons from a teacher at Brooklyn’s Erasmus Hall Academy. Mr. Mosenthal was again employed in February 1867 to give Mary further lessons. That same year, he played piano for the New York Philharmonic and became the longtime conductor of the Mendelssohn Glee Club. Only the best for Mrs. Crane’s daughter.

On March 4, 1867, the Charity Ball was held at the Academy of Music. Dubbed by The New York Times as “the social event of the season,” reports in the New York Herald gushed over “a night of revelry and enjoyment – the wealth and fashion of the Metropolis at the Academy – inspiring music, grace and beauty… the most successful affair of the season.”  The portrait above is speculated to be of Mary in the dress she wore for the occasion -possibly made from fabrics purchased at Arnold Constable. Whether the evening proved as successful for Mrs. Crane is less clear. Two years later, Mary married John Hone IV of the Hones of New York, but ironically, they did not meet through the rarified social circles of the city. He was the boy next door in Morristown. 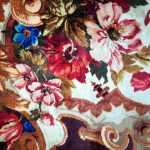 Come Along on a Magic Carpet Ride 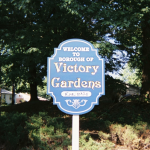