Morris County Did Its Bit

As the nation plunged headfirst into WWI in April 1917, millions of American men signed up to fight, including over 340 from Morristown. For the next 19 months, a nationwide call went out for those on the homefront to find ways to support the war effort. Americans across the country enthusiastically answered, none more so than the residents of Morris County, as is reflected in a report on the November 20, 1918 meeting of the Morristown Chapter of the Red Cross. Held nine days after the armistice, the meeting had been delayed several weeks by the influenza epidemic that gripped the county throughout October, necessitating quarantining. With cases subsiding, the contributions of the 7,000 local members of the Red Cross could be tallied from the purchase of liberty bonds to the production of surgical dressings.

Four issuances of Liberty Bonds during the war raised $15,799,000, or about $287 million today, in Morristown and its environs. A national initiative seen as a patriotic duty, the equivalent of one member from almost every American household purchased Liberty Bonds for the war effort. Locally, monetary donations to the Red Cross, YMCA, United War Work, and other organizations raised another $763,000 (~$13.9 million today) for military and civilian relief. In addition, 34 auxiliaries of the Morristown Chapter of the Red Cross sprawled across the county from Chester to Whippany together turned tens of thousands of yards of gauze, muslin, yarn, and wool into surgical dressings, knitted articles for soldiers and refugees, hospital garments, and “comfort kits” – 213,289 articles in all. They also formed a motor corps that delivered the dressing and knitted items, rations, and garments for war-ravaged Belgians.

While the United States military involvement in WWI was relatively short, the combined achievements of the American people, in particular the people of Morris County, to support the war effort was notable. In 1918, the local community came together to do their part in “the war to end all wars,” and even today, their achievements still stand as a reminder of what we can accomplish when united in our efforts. 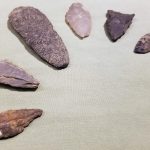 To Lenapehoking and Beyond!

Who Were the Hones: The Engineer & the Southern Belle 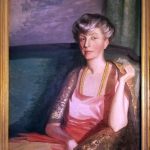