Hindsight, they say, is 20/20. Today, when we look back at historical events, we do so with knowledge not afforded the individuals who lived through those moments. From at least September 1862 to December 1864, Eliza Howell and her niece Mary Darcy wrote letters to their cousin, Edmund D. Halsey, at the front. Today, 41 are preserved within MCHS’s archives and their writings touch upon many of the now famous battles fought by his Civil War regiment, the NJ 15th.  The letters also serve as a window into the fears of those waiting for news at home and their hopes for a swift end to the war.

The first major engagement of the NJ 15th during the war was the Battle of Fredericksburg in December 1862 where 12,600 Union soldiers lost their lives. A week later, on December 22, Eliza wrote to Edmund, “What a crushing blow the defeat was to those who hoped so confidently that it would be a grand and perhaps a deciding battle and that peace might follow….” Five months later, the 15th suffered greatly at the Chancellorsville, including the loss of Morristonian Capt. Ira J. Lindsley. This new defeat hit hard and both Eliza and Mary wrote of their horror. Sadly, today we know the war was not yet half fought and many thousands more men would be lost before the end.

Hope, however, loomed on the horizon. Just two months later, the Battle of Gettysburg buoyed spirits again. Eliza exuberantly noted, “And now in regard to our victories we feel too happy that one day of triumph has come at last… Our battle in Pa. seems a great deliverance.” Unbeknownst to them, Gettysburg proved to be the turning point of the war, although Mary was still premature in hoping that “[Robert E.] Lee, when he find his chances of escape so cut off, will be brought to surrender.”

During Edmund’s final year in the war, Gen. Ulysses S. Grant assumed command of the Union armies and on May 3, one day before Grant’s Overland Campaign (or Wilderness Campaign) was put into action, Mary opined “the anticipation of great events so soon to take place, as we suppose, in Virginia… I am anxious each night for the paper, and then dread to open it when it comes.” Edmund returned home in early January 1865, thus ending Eliza’s and Mary’s letters to the front, but history says the NJ 15th was present at Appomattox Court House in April 1865 when Robert E. Lee finally surrendered.

Top image: Gen. Joseph Hooker who commanded the Army of the Potomac at Fredericksburg and Chancellorsville.

Frogs in Our Faucets: A Ribbetting History of Mountain Lakes, NJ 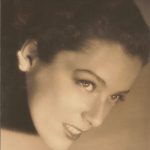