If you were looking for a cozy fire, holiday decorations and Christmas carols two centuries ago, you would not have visited the Randolph Friends Meeting House. Strict adherence to principle led Quakers* such as Isaac Shotwell (1802-65) of nearby Rahway to “…not mention or observe birthdays or other holidays, [with] even Christmas being passed unnoticed.” Writing to his grandson Alexander in 1854, Randolph Quaker William Mott (1780-1855) advised the latter to read scripture and other books on holy days and during leisure time and not “run to shows and other gatherings that is [sic] of no use to thee, for it is all vanity.” The early records of the Mendham-Randolph Meeting (1758-1865) make no mention of Christmas or the celebration of religious holidays—no warm fires, gifts, feasts or other celebrations.

The Quaker’s rejection of seemingly indulgent practices was not totally out of touch with life in early America. Others celebrated Christmas, but in modest ways, such as special meals, family gatherings or simple Christmas services. More elaborate preparations, celebrations and lavish gifts did not become common until the Victorian era. In 1877, ten days before Christmas, Woodruff’s department store in Chester announced in local paper The Iron Era that “Santa Claus is visiting …,” adding, “…see us before purchasing elsewhere, as we are determined to sell VERY CHEAP”. A decade earlier, mine owner Henry Byram’s Christmas gift to his family was a newly furnished house on Lampson’s Road (Morris Street) in Dover.

As Americans became wealthier, the virtues of a simple life lived in moderation became less attractive. The Randolph Meeting was laid down (ended) in 1865 due to a lack of members. But Quakers to this day find ways to recognize Christmas and carry on Christmas traditions within the spirit of Quakerism.  And perhaps someday when the association that owns and preserves the Meeting House and Cemetery completes its current restoration projects, we will hang a wreath over the door in recognition of the importance of the spirit of caring and moderation embraced by the early Quakers. 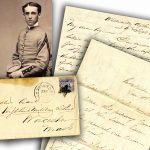 What if the Needle Isn't Even in the Haystack? 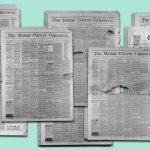