Back (in Time) to School

Located at the intersection of routes 10 and 202 in Parsippany-Troy Hills, the Old Littleton Schoolhouse has been in session for over two hundred years.  Since its construction in 1796, the one-room wooden building has assumed a variety of roles, witnessing more than a few changes to its surroundings and adapting with the Parsippany-Troy Hills landscape.

Parsippany-Troy Hill’s first school, Brown’s School, was opened around 1763. However, when profitable iron forges led to population growth in the decades following the Revolution, the thriving community needed a second school and selected a location on well-traveled Littleton Road to build it. With log walls and sheep skin window coverings, the schoolhouse provided its pupils with lessons in reading, writing, and arithmetic. The curriculum shifted its focus to a fourth “R” of religion in 1810 under the guidance of Mrs. Silas Condict and Mrs. William Lee when the Old Littleton Schoolhouse became the Union Bible School. An interdenominational Sunday school, students were challenged to read one thousand scripture verses for the prize of a Bible.

By the mid-19th century, the area’s success in another industry, dairy farming, led to new developments for the Old Littleton Schoolhouse, which came under the Hanover Board of Education in 1872. Subsequently, it became known as Township Public School Number 5 (later Number 85). Fifty years later, change came again. With many attracted to the area’s natural landscape following World War I and the incorporation of Parsippany-Troy Hills in 1928, larger schools began to replace smaller ones that the community had outgrown, and the Old Littleton School took on a new life as chapel for the Littleton Baptist Church. Leased to the Township in 2000 and restored with taxpayer funds courtesy of the Morris County Historic Preservation Trust Fund, it now operates as a museum, highlighting local history. In this way, the Old Littleton Schoolhouse continues its service to the Parsippany-Troy Hills community, past and present. 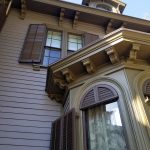 The Bracket King of Morristown

The Next Big Restoration Thing 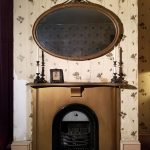