Mary Crane Hone (1904-1990) of Acorn Hall had an impressive career by the time she came to Morristown in the late 1940s. Raised in Kentucky, she’d lived the life of a society debutante, as well as Broadway ingénue, leading lady, and producer, yet, Mary is most remembered by her actions and decisions during the decades she called Morristown “home.” In addition to impressive political involvements that allowed her to hobnob with Presidential candidates, state leadership, and societal trail-blazers, Mary became one of the most ardent advocates for the preservation of Morristown’s rich history, especially as she watched notable parts of it be demolished.

In 1949, Mary Crane Hone inherited the Hall, becoming the fourth generation of her family to call it home. But settling down in suburbia and becoming the steward of an 8,000 sq. ft., 100 year-old home wasn’t that appealing for the 45 year old who’d spent the last 20 years living a charmed social life in NYC. It didn’t take long, however, before the Hall, full of generations of cherished family belongings, turned Mary into an ardent force for preservation.

In the years that followed, Mary became very active, most notably around the time of Route 287’s installation. On April 9, 1966, Mary was among several Morristown ladies that climbed inside a bulldozer scoop to protest the roadway and destruction caused in its wake (See “Is It Alright if I Get Arrested, Dear?”). The subject of a Saturday Evening Post article, this nationally recognized moment in time made Mary Crane Hone synonymous with preservation advocacy.

Still, Mary was not done. As 19th century homes between Acorn Hall and the on-ramp to 287 were demolished and people adjusted to the new landscape, Mary planned her last, best endeavor to preserve local history, the donation of Acorn Hall to Morris County Historical Society. Discussions started in 1968 were finalized by 1971. Mary Crane Hone permanently set Acorn Hall and the acreage it sat upon aside to serve as the community’s permanent link to our past. She entrusted MCHS with the Hall’s preservation, public interpretation, and availability, which we’ve dutifully fulfilled since opening Acorn Hall as a museum in 1973.

This year we mark the 50th Anniversary of Mary Crane Hone’s donation. 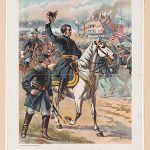 Going Along for the Ride: A Trip to Bertrand Island Amusement Park 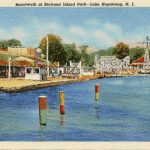